In my mid-twenties I started to wake up, & at 26, I got my dream job: bartending for Club Med in the Caribbean. Yeah baby! In May of 1997 I was off to Eleuthera, Bahamas for a 6 month contract – never having set a foot behind a bar. After 4 years of schlepping for a boring accounting firm, I had taken my bartending course at the ‘Master School of Bartending’ in Montreal.

Before I left, a friend lent me a book she thought I might like: “The Celestine Prophecy”:

“A compelling story of intrigue, suspense, & revelation, The Celestine Prophecy begins when an ancient manuscript is found amid ruins deep in the Peruvian jungle. Revealing nine key insights that are critical to the evolution of the human race, it contains secrets that are changing the world, & reveals how to make connections to events happening in listeners’ lives right now. The Celestine Prophecy comes to light at a time when the world deeply needs to hear its words.”

Barely 1/3 through before leaving, the main thing I took away from the book at that point: there is no such thing as coincidences. And the next thing you know I was off. And with about a million & a half things on my to-do list, I unknowingly left the book behind. After settling in quickly & learning the ropes, I really made myself at home. My first Club Med village was a family one, so we worked less hours then at the singles villages (like my next one, Turkoise – Providenciales, Turks & Caicos), so I had an easy day shift, 8am-4pm, with my nights free. The G.O.’s had a cool bar hangout off the resort, & there was a shuttle at 3am that brought us back to the club.

The book was a far distant memory at this point.

One night, after several drinks, mingling & dancing til the wee hours, I stumbled onto the shuttle bus that would take me back to get some sleep. After disembarking at the lobby I made by way towards my room, passing by the pool to dip my toes in. I walked past some lounge chairs, & in my path, right there in my path, the only one I could take, as it was sandwiched between the lounge chairs & the pool in a space maybe 2 feet wide, I stopped in my tracks. Right in front of me on the ground – where I’d hafta step on it or over it to get by, laid the book. The Celestine Prophecy. I couldn’t believe my eyes. I looked around, to see if anyone was perhaps passed out in a chair, having forgotten it. But alas, I was alone, there wasn’t a soul in sight. It was as though the Universe left it there for me, so I scooped it up & brought it to my room. I wound up finishing it quickly, knowing I was supposed to. And so began my journey of enlightenment. 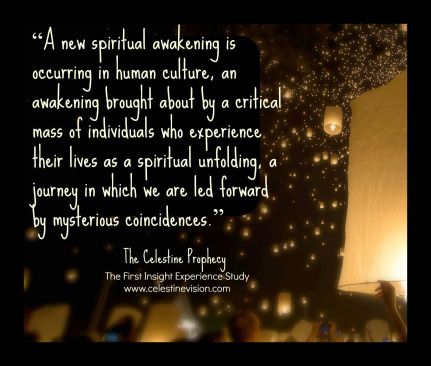 There is NO such thing as coincidences. I’m convinced.

And looking at how far my awakening has come since then, I know for a fact I was meant to read that book. And the rest is history! The signs are everywhere if you pay attention 😉 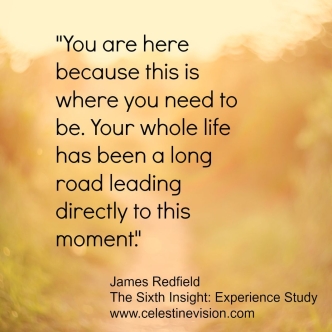 I talk about the importance of enjoying life through experiences rather than the accumulation of things in my previous blog:

‘To Spend or Not To Spend: Experiences vs. Things’ 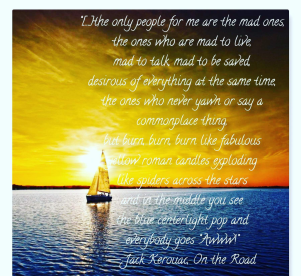 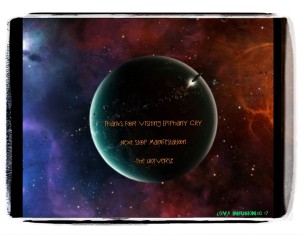 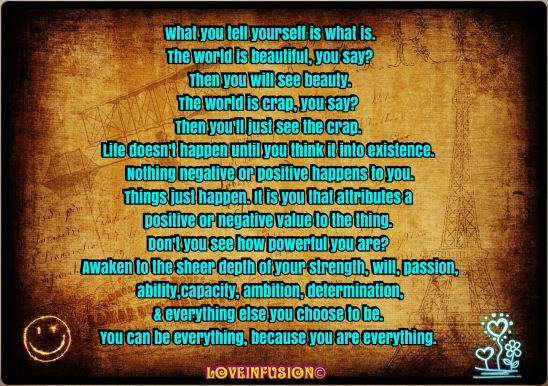