Meanwhile, this week at the Pentagon:

The second I saw the post, I immediately flashed back to the weekend of June 24th, as I sat in a conference room, enthralled as I listened to Dr. Steven Greer dazzle me with ET & UFO talk. The #AlienCosmicExpo2017 was filled with so many great speakers, & it was ‘headlined’ by Dr. Steven Greer, who was also premiering his mind-blowing documentary “Unacknowledged.” Have you seen it? It’s so much more than just an ET/UFO story.  It’s about the USAP’s=Unidentified Special Access Projects, & their trillion dollar under-the-table, unaccounted for budget. It’s about the Deep State. It’s about secrets. It’s also about technology, advanced technology, & how we could be decades ahead of where we are now. Oh & did I mention physics: trans-dimensional physics. 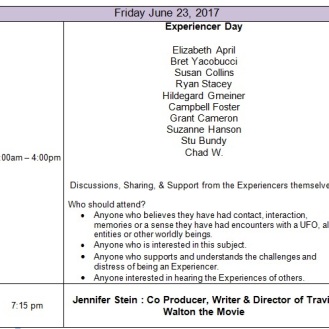 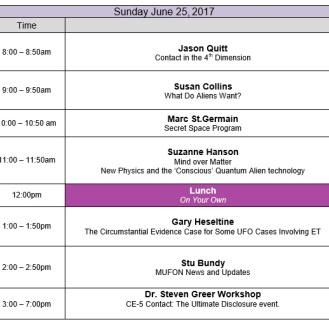 It’s acknowledging things that have stayed ‘Unacknowledged’ for way too long & still go on, daily, in government, defense, & those 3 letter agencies, unbeknownst to most of the general public.“How do you keep something secret? You hide it in plain sight.”

Almost like clockwork, Steven Greer predicted a move that this ‘pentagon admission’ may very well be the start of. They’ve been conditioning us for this since the 50’s. When he said, ‘false flag alien invasion’, I thought, ‘but of course!’ He predicted somewhere around September. We’re December. Not bad 😉

You can watch the full doc on Netflix here:

During the Q&A, Steven Greer read some questions we submitted after the movie. I was lucky enough to have my question picked, the very last one, at 1:03:50 😉

Bad? Really? And how’s that exactly? Cuz you saw it in a movie once? They’ve only ‘been bad’ in some movies. (They conditioned you, to make what’s coming believable). There isn’t one story I can link to that proves that ET’s are good or bad.

For that to happen, there’d have to be an acknowledgement, a confirmation, that they are in fact, real. Until today, all they’ve done is deny, deny, deny. Even what they released today was previously denied – even stating they shut it down in 2012, for lack of funding. Lack of funding. That’s rich. No pun intended ..

If ET’s exist, they’d be way, way more advanced than from where many still operate here. They’d have evolved past their evil, selfish, psychopathic ways, their shallowness, ignorance, greed, tyranny, & total fucking bullshit! 3d men are trying to comprehend & explain the level of awareness, intelligence & intention of a 5 or 6d being. It’s MAN who wants to weaponize the world, not aliens. It’s MAN who wants to kill. Kill first, & make up the story later. I’m pretty sure if they wanted to annihilate us, we’d already be long gone.

So, are we getting close to full disclosure or a false flag alien invasion?